Software Development is a Risky Business 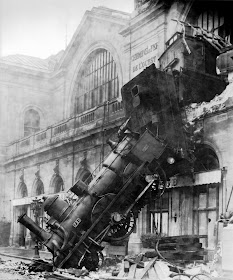 Software projects are inherently risky.  Some statistics show that roughly seventy percent to fifty percent of software projects get classified as “challenged”.   Where challenged can mean cost overruns and/or delivery delays, or it can mean complete failure and the cancellation of the project.  Some statistics indicate as the size of the project increases so does the probability of problems and failure.  Many articles and blog posts have been written about the long history of software project failure.  At the time of writing this post the most recent and very public software project debacle was the healthcare.gov project.  It seems as IT becomes more pervasive and essential the problems with projects may be getting worse not better.

In spite of these numbers and all too often in my experience I have found that individuals and organizations seem to have a very optimistic outlook about their own projects especially at the beginning of the project.  Perhaps it’s the classic: “that won’t happen to me” attitude.  Even as projects start to run into problems I have seen people especially managers not take issues seriously or ignore them all together.  In some of the analysis of healthcare.gov, this was cited as one of the problems.

Risk management and risk assessment/analysis are developed areas in project management and engineering and are often discussed in software projects.  Many risks will end up falling into two categories.  One category is actual risks to the end product, such as unforeseen security vulnerabilities in software systems or other engineering issues that lead to flaws or critical failures of the system or components. The other is risks in the management and execution of constructing product or system.

Risk management is one of those areas where the engineering aspects and the engineering management aspects can become tightly coupled.  An example can be derived from the XKCD comic “Tasks”: https://xkcd.com/1425/.  Now the point of this comic is to demonstrate the difference between an easy problem and hard one, and presumably the conversation takes place between a manager and developer.  In a risk setting, perhaps solving the hard problem is the goal of the project.  So a risk might be that the research team fails to solve that problem at the end of the five years, or that it takes ten. So in a sense the task is high risk but there are team related risks, maybe the budget is too low and the team is subpar due to low salaries so they can never even solve it.  Another possible scenario is that the conversation never happened and the project management and team think it is solvable in six months.  This second scenario is the risk I have seen though out most of my career, the project management and team are overly optimistic or really don’t have a good understanding of the complexity of the task at hand.  In some cases these types of issues seem to be due in part to pluralistic ignorance.  Often in cases where developers don’t want to contradict management.  There’s a great dramatization of this type of behavior in the show Silicon Valley when the Hooli developers are working on the Nucleus project, where the information is conveyed up the management chain but nobody wants to tell Gavin the truth.

Sadly it seems like the risks that are identified are almost peripheral to the real risks on projects.  It is usually things like the hardware delivery will be delayed which will delay setting up our dev/test/prod environments and delay the start of development.  While these are legitimate risks, there is always the risk of all of the unknowns that will cause delays and cost over runs, even things like developer turnover never seem to be taken into account, at least in my experience.  Also there seems to no cognizance of the long term cost risks like the project was poorly managed or rushed or was done on the cheap which caused the delivered codebase to be an unmaintainable big ball of mud that will incur a much higher long term costs.